For the last two days I am sitting in the hospital, one of my aunts just went through a surgery.

Now, hospitals are scary. Downright scary. And they are white and all silent and squeaky clean. I don’t trust things when they are clean. Tawdry seems real while tidy seems put up. Like there’s something to be hidden.

And this is coming from someone who is trying to make a career in Medical industry.

You meet the mortality of human life in a hospital, the severe questions of likes  ‘What are we doing with our lives?’ resound in the ears. Resolutions are made about healthy living, tears shed and hard earned money actually comes to use here.

Hospitals and medical industry is important.

Just yesterday I read about the Gabbar is Back movie controversy. I haven’t seen the movie but according to this article, in the movie there’s a scene in which doctors are portrayed in a negative way.

IMA is demanding the scene be culled, a disclaimer saying that views are subjective to the maker and movie be banned till such demands are met.

Doctors, once a very respected adepts, are now looked at in suspicion. In India, the profession which is in turn responsible for saving lives is in fact accused more than once of taking lives. Just look at the newspapers, more doctors are in the headlines for something illegal and unethical than doctors who are sincerely hardworking and honest. And TV shows, though made with an intention to spread awareness only helped in demeaning doctors and all related personnel. I get it, people are made aware these days to prevent being victimised by an ever lurking opportunist. Its the right thing to do.

Yes there are black sheep in this profession, but where aren’t? A perfect example would be the recent documentary ‘India’s Daughter’ in which lawyers open up and express their feelings. If you haven’t watched that documentary then you should. The umbrage you will feel at such statements will be unparalleled.

Like I said, a few people are bad. In every profession. And in saying that I give support to both movie and IMA. Because to each their own opinions. Its subjective.

The reason I wrote the post was that statement in the article that says doctors are a noble profession. And while that’s not debatable but isn’t every profession noble? Armed forces? Teachers? Bankers?  And on and on.

Every profession is noble. Today in the same newspaper, a pune residing garbage cleaner’s story is shared, on how she lives her life and now she attended a International Labour conference in Geneva. I can argue her work is no less noble! (Read that story here) 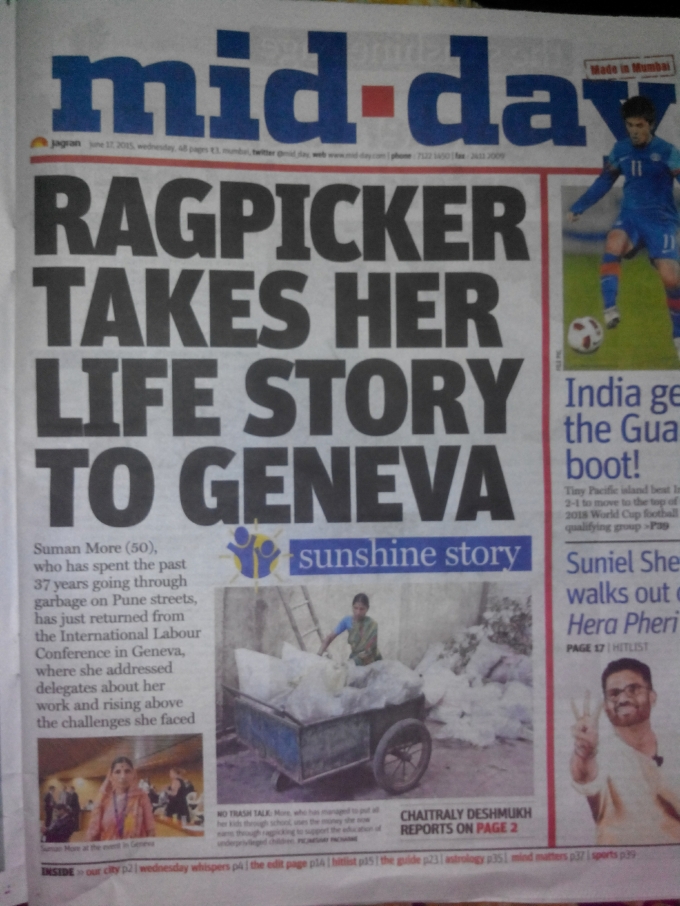 Ah! India! There is always sometimes to debate over.

One thought on “On Professions”